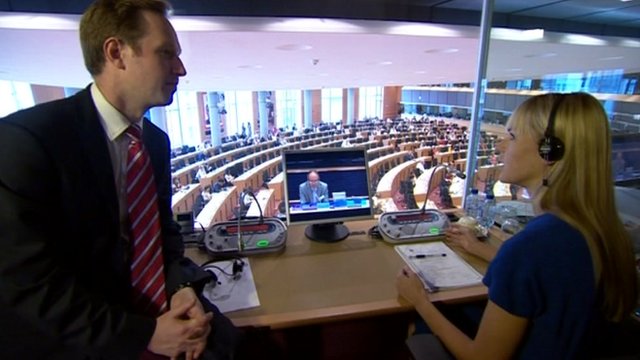 If the pre-electoral polls are only roughly right, there may be a party with the largest number of seats, but there will be no clear majorities beyond the “grand coalition” between the two main European political parties – the centre-right European People’s Party (predicted winner) and the centre-left Party of European Socialists. Apart from that, there rest of the European Parliament will remain fairly fragmented, and constructing a clear winning coalition will be hard to do.

What does this mean? It means that the next three days will not be so much about the actual results. They will totally be about who manages to spin the results in one or the other direction.

The spinning will be about: Who won, who lost? Who has more seats, who has less? Who has won seats compared to last time, who lost seats? How well or how badly did “Eurosceptics” do? Why did even less people go to vote than in 2014 (my estimation based on the turnout in the first countries) and what does it mean for the result?

But most importantly: Who should be the next European Commission President in the light of all the questions above?

Who will do the spinning? Well, you will see Jean-Claude Juncker (EPP; spin doctor: Martin Selmayr) and Martin Schulz (PES; spin doctor: Achim Post) spin. The fascinating question will be: Did the two camps agree to spin together, i.e. that the “winner” would “promote” the other to become European Commission President or will they fight over the interpretation of the result of the elections? If Schulz and Juncker fight, then Guy Verhofstadt (ALDE) will come into play as his political group may be one of the major queen/king makers in case of disagreement between the leading forces.

The other smaller parties – the Left, the Greens, the Conservatives – and their leading figures will try to spin, too, but their media exposure in the major media outlets has been limited, so they will have a hard time making their narrative heard. The “Eurosceptic” parties will make their voices heard, but their narrative may not have a big impact on the processes of spinning who should lead the next European Commission.

Who else will be spinning? Well, the heads of state and government in the European Council, those persons who will have to select a candidate for European Commission President and present her/him to the European Parliament for confirmation, will probably try their best to spin their version of the story, too.

Those high-level figures already have a lot of media exposure and most of them (in particular from the larger countries) will have little problem to make their voice heard by the media across Europe. The big question here therefore will be:

The distribution of forces in the European Council* basically means that  the institution will not be able to act if there is a disagreement along party lines. It probably means that the European Council President Herman van Rompuy will try hard to prevent any major rift before the informal dinner to which he has invited the heads of state and government for Tuesday.

Yet, it’s unlikely that the major leaders across the EU will keep quiet and not comment – directly or indirectly – before Tuesday. So how much of a role will van Rompuy himself play in early spinning (or prevention of spin)? And how successful will he be?

All this means that the next three days will all be about: Which European leaders interpret the election result in which direction? Who will come forward in favour of the leading candidates proposed by the European political parties, and who will spin the message that there has not been a clear winner and that therefore a (new?) compromise candidate will have to be found in the European Council?

But the next days will also be about: Which media organisation are going to run with which message, follow which spin? What is the most important, most interesting, most sticky story? How will the media react if there is rapid agreement? What will happen if there is major, multi-level disagreement and a potential political deadlock?

Well, there’s a lot of potential spin back and forth that we can expect in the next days around the European Parliament election results. Since the situation is likely to be chaotic, predicting anything at this stage seems impossible. Which makes this fascinating to watch. But also a little scary.

Disclaimer: Until the end of this month (May 2014), I work for the EU Office of Transparency International, including on matters related to the European Parliament elections. This article is however written in my private capacity, continuing on matters covered in this blog for years – for instance my slightly over-optimistic article “The European Parliament Elections 2014 will be huge” from April 2012.