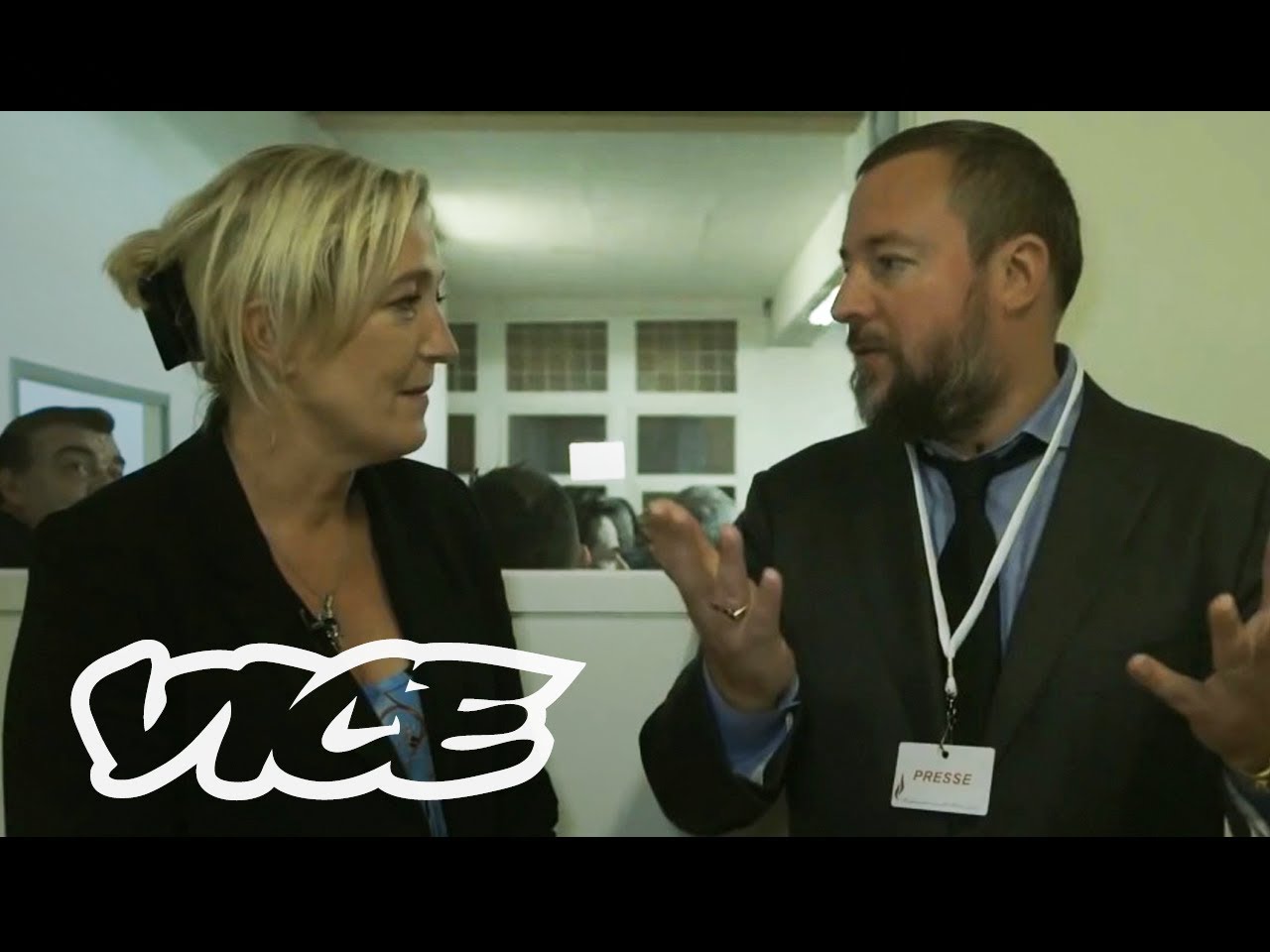 Far-right parties such as the Front National in France and Golden Dawn in Greece were predicted to make large gains in the European Parliament elections. John Gaffney writes that while some of these parties did indeed increase their share of seats, this was far from uniform across Europe and the lack of cohesion among these groups will ensure they play only a limited role in the Parliament itself. Nevertheless, he argues that the real threat posed by the far-right is not their potential to exercise power through the European Parliament, but their ability to mobilise voters through a nationalist discourse at the level of domestic politics.

Earthquake metaphors have had strong currency, both political and journalistic, in the aftermath of May’s European Parliament (EP) elections. The most spectacular tremors were those caused by the British and French far-right. Each came first in their national competition, with both gaining a quarter of the national vote. The historical significance of the hitherto insignificant United Kingdom Independence Party (UKIP) is an unprecedented political event – knocking Labour and the governing Conservatives into second and third place respectively (the Liberal Democrats, the other party in the UK governing coalition, were near-annihilated). In France, Marine le Pen’s ‘Vague Bleue Marine’ Front National humiliated the centre-rightUnion for a Popular Movement (UMP) opposition, and, even more so, the ruling Socialists, who got a miserable 13 per cent – their worst ever score.

UKIP came from nowhere and, led by the populist ex-stockbroker Nigel Farage, scored a major triumph. The Front National has rocketed to renewed fame on the back of government unpopularity and the failure of Sarkozy’s old UMP party to stop its half a dozen would-be leaders from squabbling long enough to stand up to the far-right; squabbling which has been going on since they lost the presidency in 2012. But exactly how historic, how breath-taking are these developments for the future of Europe?

Well, in one sense – the European sense – not immediately significant at all. It is true that the political class of European political elites have panicked: they have changed their minds on who should be the next leader of the European Commission and what ‘Europe’ should do now, in particular over further financial/economic integration. But the financial markets did not panic at all. Why not? They seem to have read the immediate situation better than the politicians. Let us look at the reasons.

The far-right in the European Parliament: an exaggerated threat

Alongside UKIP and the Front National, there are a score of far-right parties with elected seats now, but while these parties have admittedly gained many seats, they have not really gained that many. Taken together, the ‘populist’ anti-Europeans have around 140 seats (out of a total of 751). But most of them could not much work together if they tried – and they have tried. They all had separate manifestos, for example, unlike the mainstream parties. This is one of the oh-so-endearing things about the far-right –oblige of fierce nationalism – they find it very difficult to work together.

They are worse than Trotskyists for fissions, splits, schisms and general punch-ups whenever they try to cooperate with one another. It is like bringing together the rowdiest supporters of all the national football teams and asking them to form a reading group. And not all the ‘populists’ were right wing; populists in the far-left such as Syriza (Greece) and Podemos (Spain) did well (and, in fact, these two parties are not even anti-European in some ways). ‘Europe’ thought the far-right would storm all the gates from every direction. In actuality, it was only UKIP and the FN that made significant breaches.

Over and above this, they have already split into three groupings. UKIP, for example, will not work with the group the FN is trying to create. For Farage, its neo-fascist past is too compromising, its anti-Semitism barely concealed. Farcically, the FN in turn won’t work with groups to its right such as Greece’sGolden Dawn, regarding it – as Golden Dawn regards itself – as neo-Nazi. Even within the parties, in the 2009-2014 legislature, the far-right constantly saw their MEPs either defecting to another party or group, or exposed to lonely isolation, or being expelled, robbing the parties and groups of any sense of discipline.

So from the populist right across to the neo-Nazis, no less than three EP groups are trying to form and organise themselves, and with real difficulty. To form a group you need to have 25 MEPs drawn from seven countries – and that is not easy. Groups are useful as they give you parliamentary time, cash, places on committees, offices, facilities and so on. Without being in a group, Brussels is a lonely place, usually compounding their sense that as anti-Europeans they should not be there in the first place – consorting with the ‘federasts’, as Marine’s dad used to call them. Absenteeism then follows (they turn up to get paid at least) as their aimlessness and seclusion adds to their ideological hostility to Brussels/Strasbourg. A great deal of these far-right victories in the EP elections involve the fireworks of victory followed rapidly by disillusion and inactivity all round.

A second major reason for the pro-Europeans, the elites and the markets not to be too concerned is that the pro-Europeans, such as the Germans with Chancellor Merkel cheerleading, and Italy with Matteo Renzi, actually did extremely well. The three large groups in the EP: the Socialists, the Centre-right and the Liberals are all pro-European and between them hold 70 per cent of the seats.

Speaking of Angela Merkel, we can highlight another point, an irony in fact: the entire furore at the EP level masks the fact that the real powerhouse of Europe lies not in the Parliament but with the Heads of Government in the European Council. It is true that European legislation via the Parliament is not insignificant in our daily lives, but it is focused on standardisations in health and safety, qualifications, on pollution, the environment, security and terrorism, police cooperation and so on. (Imagine a UK container being loaded onto a trans-European train at Rotterdam and not being the right size to fit properly on the carriage base. Or having carriages that can’t travel through the Channel Tunnel up to Edinburgh because all the gauges are wrong. These are good enough reasons to stay in the EU on their own.)

But the real elaboration of policy, procedures and practices, power relations and decision making still lies with the Heads of Government; and they propose the Commissioners who the Parliament then votes upon. So the pro-European status quo, the ruling parties and governments – who dominate the Council, by definition, the Commission, by proposition, and the Parliament itself through national party control and selection procedures for the MEPs – have almost complete control of all the EU institutions. So they have nothing to worry about, do they?

Well, yes, they do

In fact, they should be very worried indeed, and so should we all. This is because of two fundamental, deeply problematic reasons, which if we are not careful, are reasons that might change our shared history for the worse. The first reason we should be afraid – for something in the lab in May went wrong – is political-institutional. The second reason is cultural-historical.

The focus of all the worry over these elections is completely misplaced. The EP has little in terms of parliamentary threats to worry about with the arrival of a hundred and forty or so populist anti-Europeans who have nothing coherent to propose, and can barely stop their groups let alone their parties in the EP from falling apart. The real danger lies not here but at the national level. UKIP is changing the nature of UK politics. Both the main political parties are being undermined, not simply in seats but in their elaboration of policy, their attitudes to Europe and to immigration.

Most UKIP voters are unhappy Conservative Party voters, so David Cameron has reason to worry; but, shrewdly, UKIP is also now targeting Labour marginal seats for 2015, and this is having repercussions throughout the UK left. Astonishingly, and perhaps mercifully, UKIP’s successes are based upon virtually no organised grassroots party at all, but upon the ‘charisma’ of the one man redefining UK politics, Nigel Farage. Without a deeply entrenched party organisation, the main parties may be able to stem the UKIP tide, but given their own lack of ‘charisma’ they should beware of Farage’s ability to rally surges of support.

In France it is an even more serious matter. Le Pen’s success is clearly contributing to the collapse of François Hollande’s legitimacy, and may even bring the government down; in some concatenation of circumstances, it might even contribute to bringing the regime down. The Front National, moreover, is a long and well-established party at national and local level. In fact, since Marine le Pen took over the party from her father in 2011, this has been her and her team’s main effort: to implant the party organisation throughout the country. Her party also emanates from a deep historical and cultural tradition in French life and political thought. This brings us to the second reason to be afraid.

Nationalism is a deep tradition right across Europe. And after World War II, a new Europeanism stepped forward to take its destructive place. Many of the founding fathers of the EU – Gasperi, Spaak, Schuman, Hallstein – held the same universalist principles as those involved in the drawing up of the UN Declaration of Human Rights; but a second and third generation of Europeanists running the machine they constructed in the 1950s were essentially technocrats surrounded by bureaucrats; and the discourse of nationalism re-emerged as the discourse of anti-Europeanism.

Soon, the antis had all the good songs. National governments remained wary of the European ideal, wary of ceding to Europe their power, and wary too of their increasingly sceptical national electorates. ‘Europe’, in fact, had no voice, and the pro-European voce of national politicians was invariably sotto. The pro-Europeans didn’t even have bad songs, they had no songs at all, and no champions. This highly ambivalent situation – a Europe without a soul – carried on until the debt crisis euro crash of 2008. Europe has been missing a voice – not even one to explain (which should have been its constant task) what its purpose was, what it did, did not do, how it worked and why it was crucial to everyone’s well-being.

Today, millions are suffering from unemployment and lack of training. People feel confused and abandoned by Europe, modernisation and globalisation; and Europe, which should be the solution, looks, to those left behind by the twenty-first century, like the problem. The rhetorical failure of pro-Europeans to nurture the cultural potential of the European ideal is probably the European project’s greatest failure. The pro-Europeans now need real policies, but also some good songs (and singers) to win the allegiance of its populations. Its enemies are at the gates but, even in the French case, 25 per cent of 40 per cent means only 10 per cent or so of the electorate who voted FN. The real enemies are abstention and indifference. There is only one thing worse in life than being talked about, and that is not being talked about.

John Gaffney – Aston University
John Gaffney is Professor of Politics at Aston University, and Co-director of the Aston Centre for Europe. His three most recent books are The Presidents of the French Fifth Republic (with David Bell, Basingstoke: Palgrave Macmillan, 2013), Political Leadership in France (Basingstoke: Palgrave Macmillan, 2012), and Celebrity and Stardom in Postwar France (with Diana Holmes, Oxford: Berghahn, 2011). He is currently a Visiting Professor at Sciences-Po, Rennes, and is running a Leverhulme project on political leadership in the UK.