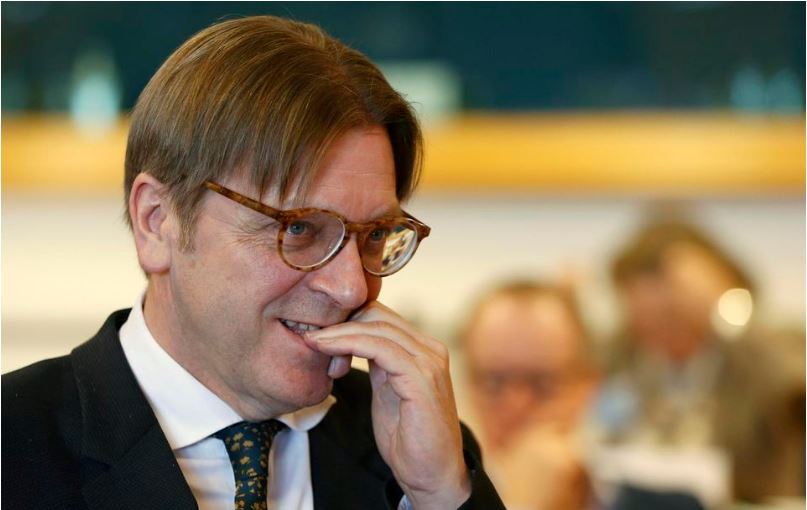 Politicians always think they are able to perform in any job. A failed candidate for Commission President, Mr Verhofstadt has now stood for EP President, with the same success.

But here, it is failure coupled with indignity. To win votes, our unfortunate candidate sidelined everyone who stood in his way (in particular Sylvie Goulard – young and female, perhaps a double handicap in his eyes), then attempted an alliance with the 5 Star Movement, before swinging between the EPP and S&D in search of his best interests. Forgetting his collective responsibility as President of the ALDE Group, Guy Verhofstadt chose to go it alone. Same old story!

Grillo and Verhofstadt: an alliance between a federalist and a populist, demagogue and profound Eurosceptic. Has Guy Verhofstadt lost his reason, his soul or both? Now he’s facing hostility from the socialists, in a way blacklisted. And even if he holds on to his vague Brexit post, his ability to influence and his thoughts on the two-circle Europe will be profoundly affected. Hats off to the artist!

We already have the disillusion of Juncker, the Schulz saga, and now the federalist treason of Verhofstadt, all this against the backdrop of Brexit and an America (now Great Again) planning a tax offensive the EU is not at all prepared for.

2017 is certainly starting with a bang.

Daniel Guéguen
Professor at the College of Europe
dg@pacteurope.eu