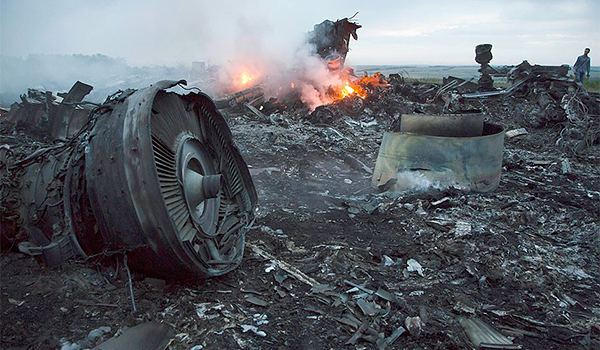 The crash of Malaysia Airlines Flight 17 (MH17) has provoked intense debate over the conflict in eastern Ukraine, but what lessons should the crash have for aviation safety? Simon Bennett writes that we must learn from the experience of MH17 and other incidents in the past. He argues that there is always a trade-off within commercial aviation between the safety of passengers and the profits of airlines, and that aviation authorities should ensure an exclusion zone is placed around trouble spots in future to ensure passenger safety.

We don’t know why the charred remains of a Malaysia Airlines Boeing 777 lie scattered across eastern Ukraine. Understandably there is speculation. The Ukrainians say that separatists and Russians are implicated. Russia says there is no evidence that the aircraft was brought down by a Russian-made surface-to-air missile. Only a measured, objective investigation can calm the febrile – indeed, incendiary – atmosphere. What matters is that the Organisation for Security and Co-operation in Europe (OSCE) is allowed to secure the site for the international investigation team (that should be led by Ukraine’s aviation safety authority). Easier said than done, of course. Eastern Ukraine is a war-zone where trust is in short supply.

The seeds of disaster

The ground war in eastern Ukraine is fluid. Fortunes ebb and flow. Both sides have access to advanced weaponry, including surface-to-air missiles. Ukraine’s State Aviation Administration claimed it was safe for aircraft to overfly eastern Ukraine at altitudes greater than 32,000 feet. Flying at 33,000 feet, MH17 would have been safe from shoulder-launched anti-aircraft missiles – sometimes referred to as man-portable air defence systems (MANPADS) – and anti-aircraft artillery. It would not have been safe from either advanced surface-to-air missiles (SAMs) or air intercept.

Both Ukraine and Russia possess SAMs and fighters capable of shooting down high-flying aircraft. They can deploy SA-11 or SA-17 radar-guided SAMs. The SA-11 can reach circa 36,000 feet, and the SA-17 82,000 feet. History teaches that those who operate advanced weapons systems like SAMs and interceptors can mistake non-combatants for legitimate targets. Viewed through the prism of Professor Brian Toft’s theory of isomorphic learning (that suggests resilience can be improved by studying incidents, accidents and near-misses), the potential for disaster in eastern Ukraine was foretold. History shows that hot-zones skew perceptions.

Learning opportunities from the past

Two key learning opportunities from the past illustrate the potential risk to commercial flights posed by warzones. First, in 1983 a Soviet Su-15 fighter shot down a Boeing 747 operated by Korean Air Lines. Flight KAL007, en route from Anchorage to Seoul and carrying 269 passengers and crew, strayed into Soviet airspace around the time of a US military reconnaissance sortie. KAL007 was at 35,000 feet when the Su-15’s missile hit. The Soviets initially denied responsibility.

KAL007’s flight-plan saw it skirt some of the Soviet Union’s most sensitive military installations, specifically those on Sakhalin Island and the Kamchatka Peninsula. Although not war-zones, Sakhalin and Kamchatka were hot-zones that should have been given a wide birth. The Soviets claimed that KAL007 “flew deep into Soviet territory for several hundred kilometres, without responding to signals [radio calls] and disobeying the orders of interceptor[s]”. It could be argued that wider events, like the US deployment of Pershing II missiles to Europe and NATO’s imminent Exercise Able Archer, skewed perceptions of KAL007, increasing the likelihood of a shoot-down. Events shape perceptions.

The second learning opportunity came in 1988, when a missile fired from the USS Vincennes brought down an Iran Air A300 Airbus en route from Tehran to Dubai. All 290 passengers and crew were killed. The aircraft was intercepted in Iranian airspace over the Strait of Hormuz. Prior to the shoot-down there had been a confrontation between lightly-armed Iranian small boats and the Vincennes’s helicopter. The shoot-down occurred in the context of the long-running Iran-Iraq war (that saw the United States favour Iraq), attacks on United States warships and on commercial vessels transiting the Strait.

Possibly these events persuaded the USS Vincennes’s crew that they were watching a military aircraft flying an attack profile rather than a civilian aircraft navigating an established air corridor. Crewmembers said they believed they were tracking an Iranian F14 Tomcat fighter, rather than an A300 Airbus passenger aircraft. Once again, events shape perceptions.

The Realpolitik of commercial aviation

Why do aircraft overfly war zones? First, because it is considered unlikely that a commercial aircraft flying at high altitude will be targeted. Airlines digest the risk assessments issued by national aviation authorities. Ukraine claimed it was safe for aircraft to overfly at altitudes greater than 32,000 feet. Secondly, aircraft overfly warzones because it makes commercial sense for airlines to fly the shortest-possible route. The shortest route between Amsterdam and Kuala Lumpur takes aircraft through Ukrainian airspace. Flying around Ukraine would use more fuel, making the flight less profitable.

Aviation journalist Andrew Brookes reminds us that airlines balance safety and profit: “Operators want to run safe services, but their prime aim is to make a profit”. Airlines are locked in a commercial dog-fight. As the boss of American Airlines, Bob Crandall, put it: “Aviation is intensely, vigorously, bitterly, savagely competitive”. In its safety publication Line Operations Safety Audit, ICAO acknowledges that safety can never be airlines’ sole concern: “Decision-making in aviation operations is considered to be 100 per cent safety-oriented… this is hardly realistic. Human decision-making in operational contexts is a compromise between production and safety goals… The optimum decisions to achieve… actual production demands… may not always be fully compatible with the optimum decisions to achieve theoretical safety demands”.

The loss of MH17, whether through mechanical failure, terrorism or human error, is shocking. We must remember, however, that aviation can never be 100 per cent safe. As I wrote earlier this year: “Flying several hundred people six miles above the earth at close to the speed of sound in an environment subject to turbulence and low temperatures (-55°C) in a pressurised aluminium tube packed with fuel, generators, air-conditioning units (that run hot), batteries and cabling is not without risk”. Yes, aviation is one of the safest forms of transportation, but it is not immune from accident and malfeasance. If we view commercial aviation through the prism of total safety, we are going to be disappointed… and on multiple occasions.

The need for active learning

What can we learn from MH17? First, if the aircraft was brought down by either a missile or fighter, that it is best to navigate around war zones. Authorities should create a cordon sanitaire around trouble spots,with no altitude concession. In times of war, safety should come before profit. Secondly, the industry can learn much from studying past incidents, accidents and near-misses. Resulting actions (in Toft’s terms, ‘active learning’) will improve aviation’s resilience. Thirdly, parties should avoid speculating about causes. To limit angst and confrontation we should wait for the results of whatever investigation is allowed.

Fourthly, we should recognise that in a multi-polar world more states and malcontents will possess advanced weaponry. Aviation must accommodate new risks. Lastly, we should acknowledge that we live in a world of multiple, and perhaps incompatible rationalities. Witness how Ukraine’s separatists use the rhetoric of the 1941-1945 Great Patriotic War to frame Western institutions like NATO, the OSCE and the European Union. Westerners trying to understand why MH17 crashed are described as ‘fascists’, or ‘agents of fascist institutions’. Like Hitler’s marauding Wehrmacht, they are perceived as contaminants – a threat to the Motherland. Perceptions forged in the crucible of the Second World War persist. Can Europe ever move on? Perhaps not. Maybe the scars will never heal.

Dr Simon Bennett is Director of the Civil Safety and Security Unit at the University of Leicester. He is an expert in risk management in commercial and military aviation.