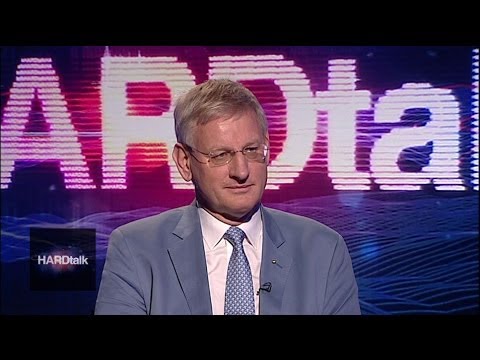 Sweden joined the European Union in 1995 following a successful referendum, however the country also rejected membership of the euro in a referendum in 2003. Malin Stegmann McCallion writes on the development of Swedish public opinion toward the EU and the integration process. She notes that while opposition to EU membership has fallen over the last decade, certain sections of society, such as older citizens and those living in rural areas, still display notably negative attitudes toward European integration.

Almost 10 million people live in Sweden, 9.6 to be more precise. Of this population, 85 per cent live in cities (Stockholm, Gothenburg and Malmö being the three biggest cities with a combined population of approximately 3.7 million including the suburbs). Roughly 18.1 per cent of the population is between 16-29 years of age. How is this relevant you might ask? It can help us understand the recent European Parliament election results. Age, gender and urban-rural cleavages are very apparent when the data on Sweden’s attitude to the EU are analysed.

Sweden has what can be described as an ambivalent relationship with the EU. Public opinion has become more in favour of EU membership since Sweden joined in 1995. At the time of writing, though, this opinion is more or less split. In the 1994 EU referendum, Sweden was slightly in favour of membership: 52.3 per cent voted ‘yes’ and 46.8 per cent of the electorate said ‘no’. The turnout was 83.3 per cent – only slightly lower than the voter turnout in the national elections the same year (86.8 per cent). In 2003, Sweden held a referendum on introducing the single currency. Here, 55.9 per cent voted ‘no’, 42 per cent voted ‘yes’ and 2.1 per cent spoiled their ballot. Again, voter turnout was high; 82.6 per cent of the electorate voted. This was higher than for the national elections held the year before (80.1 per cent).

It is leading up to the European parliamentary elections in 2009, and during the Swedish Presidency of the EU (1 July – 31 December) that one can discern a shift in how EU issues were treated, both in news reporting and in the media in general. During the election campaign there was more discussion around substantive EU politics and policies. In earlier EP elections most focus was on if Sweden should be a member or not. The voter turnout in these EP elections also increased by over 7 per cent, from 37.9 per cent in 2004 to 45.4 per cent in 2009.

EU related news was more and more treated as domestic news. During the Swedish Presidency, meetings were held across the whole country in order for the EU to come closer to Swedish citizens. Prime Minister Reinfeldt met with students and staff at Karlstad University in December 2009, during the time of the Presidency, and was talking about Swedish EU membership and more specifically about the Swedish Presidency of the EU.

One clear memory from this Q&A session was his answer to a question that one cannot really understand how interwoven the two systems have become during 14 years of membership, implying that EU politics is domestic politics. Swedish public support for the EU reached its peak during 2010 with 53 per cent in favour of Swedish membership in the EU. This has since declined, and in the last national survey (2013) carried out by the SOM Institute, 43 per cent were in favour of Swedish EU membership, with 27 per cent against and 30 per cent having no opinion.

Even though this is less than the numbers who voted in favour of EU membership in the referendum (52.3 per cent), as well as lower than the peak in 2010 of 53 per cent, it is only slightly less (49 per cent) than when Sweden joined the EU on 1 January 1995. This should be compared to public opinion against EU membership, which has dropped from 36 per cent in 1995 to 27 per cent 2013. The biggest change is in the group with no opinion on EU membership. This has doubled from 15 per cent in 1995 to 30 per cent in 2013.

Some of these trends are visible in the currently available data regarding this year’s European Parliamentary election results. What can be seen from the data available is that two political parties with clear outspoken opposition to the EU (the Left Party and Sweden Democrats) have their strongholdsoutside of the main cities. The Left Party received the higher percentage of votes in the counties of Norrbotten (10.3 per cent) and Västerbotten (11.9 per cent), the two most northern counties in Sweden; the overall result for the Left Party was 6.3 per cent, resulting in one MEP.

The Sweden Democrats received 9.67 per cent, resulting in two MEPs. The Swedish Democrats have their strongest support in the counties of Blekinge (just under 14 per cent) and Skåne (13.4 per cent). This can partly be explained by the fact that historically they have their support base in the southern part of Sweden. They received 5.3 per cent in Stockholm City and 7.8 per cent in Gothenburg City, which is in both cases lower than the national average of 9.7 per cent.

On the other hand, the political party which can be described a ‘newbie’ on the EU electoral scene,Feminist Initiative, received just under 5.5 per cent of the vote and achieved one MEP. Their election slogan for the EP elections was ‘A feminist line of politics for the EU’ (En feministisk politik för Europeiska Unionen), in essence a one policy issue party with focus on equality/gender equality. Their strongest support can be found in Stockholm City (10.5 per cent), Gothenburg (10.5 per cent), and Malmö (9.1 per cent). Comparing these results of Feminist Initiative with other municipalities in Sweden, their support is highest in Umeå (just under 9.5 per cent), Uppsala (8.4 per cent) and Lund (8 per cent). These three are ‘old university cities’ and it would be of great interest to further analyse the results, when data is available, in order to advance our understanding of which parts of the electorate voted Feminist Initiative.

The Green Party is a good example to illustrate the ambivalence of Swedes towards the EU and the integration process. Initially the Green Party was critical of and against Swedish EU membership, but in 2008 they changed from actively seeking Swedish withdrawal from the EU to a more pragmatic stance according to which they would work within the ‘Europeanised’ political system they find themselves in. In the 2014 EP elections the party received 15.4 per cent of the vote, making them the second biggest party representing Sweden in the European Parliament with four MEPs.

So what do Swedes think about the EU? It depends. There’s a fairly static urban-rural cleavage, with gender differences also visible. In general, opposition to EU membership has fallen, but the number of ‘don’t knows’ has risen – implying that perhaps the jury is still out.