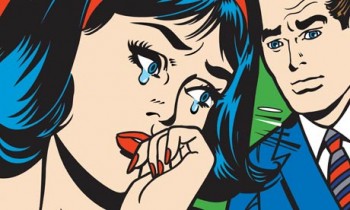 It began a few years ago when I, a few years younger and somewhat naive, took up a job with the guardian of the treaties, the European Commission in all its glory. A few weeks into the job, I was invited for dinner by a senior official. In my innocence I thought we would talk human rights policy. Indeed we did, but there was more. That suggestion was welcome, but little did it matter, because whatever way the situation had turned out, it would still be awkward and clearly not in line with standards for conduct in the workplace. Except in the European Commission. Or any other EU institutions for that matter.

Sexist remarks, unwelcome flattering, hands on thighs and suggestions of fun in a conference hotel; all near daily occurrences in EU-Brussels. In fact the working culture seems so permeated by a set of gender-based expectations that I dare say it is the rule rather than the exception. It does not necessarily signify the sexual objectification of women, but certainly a classification of women based on a judgement of how they rank in the aestethics league, how much effort they put into pleasing the males present, how cooperative they seem or how receptive they might be to flirtatious suggestions. As if that phenomenon merely in itself was not a problem, a woman does not seem to have the same room of manoeuvre in professional situations as a man; if she accepts a coffee, a lunch or, god forbid, a dinner, she signals agreement to closer contact or at least the hint of such. Does that not inhibit or restrict the woman in her professional role?

Sexy topic but no sex

I did once meet with an old acquaintance, a serious German official, to talk climate change. We had got to the coffee when I was served with the unbeatable argument: - Like my colleagues say, this is a sexy topic, but no sex. The climate change negotiations had taken its toll on his marriage and I must have come across as a suitable object for reflecting that frustration.

NATO, also based in Brussels, has not given me the impression of being any better in this respect. I did once a half-hearted attempt at discussing current affairs with a man from their public diplomacy department. For practical reasons the meeting took place after office hours and I was not informed on NATO’s new strategic concept. Instead, I found myself on the receiving end of the official’s personal interest which culminated in his remarks on a ring I was wearing; why had I agreed to meet him as it seemed I was engaged?

Women might opt out of the expectations placed on her, but the question is how she then will be met. Certainly not with the sort of collegiality that is displayed between men. If she does not play along, she might be outdone by hordes of women dressed to impress and all too eager to return any meaning look coming their way. The carpets in the EU corridors might be just soft enough to make their neck-breaking heals not too painful to wear, but they may lack other qualifications. Perhaps the infamous high-heeled is perfectly qualified, in addition to pleasant and easy-going. However, should a woman’s identity be instrumentalized in the process of pleasing others for favours?

No figures on sexism in the EU workplace

Curiously, the atmosphere rife with sexisms has not been debated in the European Parliament’s committee on Women’s Rights and Gender Equality. The committee chair, Swedish Eva-Britt Svensson from the Nordic Green Left, confirms the question has never come up.  I would indeed like that discussion, but it is difficult to bring it up. It is so much about attitudes, she says.

In the Commission, I am met with laughter and embarassment by the spokesman of Commissioner Šefčovič for administrative affairs. The spokesman claims not having heard of anybody raising claims on grounds of sexual harassment in the Commission. Later he comes across documentation of the number of cases, but somehow forgets to give those publicity. I claim to have some insights in the matter as I have also had the dubious pleasure of finding myself the object of the twisted attention of a former Commission official whom I later heard was suspended for sexual harassment. Hinting at contacts for writing jobs within EU projects he coordinates, this elderly pudgy man invited me for an afternoon coffee in his home office on the way to a meeting. Entering the Brussels ‘maison de maître’ where this former official lived so comfortably, I clarified that the meeting was of a professional nature, but found myself wondering what the world has come to when it seems to be the norm rather than the exception that agreeing to a meeting would imply agreement to physical contact.

Of course one may argue that the easy-going conviviality also works in women’s favour. Certainly women among themselves do uphold this structure, not least through the expectations they reflect on each other. Men again might to an extent just go along with the expectations placed on them by the Brussels-bubble protocole for relations between the sexes, including conducting multiple affairs on the side. However, it does seem unacceptable that a culture is prevailing where comments of a sexist nature are standard and when people even may have come to think of it as the norm.

And the Commission’s most notorious womanizer who talked me into dinner some years ago? He is still busy having flirtatious coffee breaks even in the midst of the euro crisis. And he finds it convenient to do so in the press café, which brings him out of sight of his immediate colleagues but within range of observation by any inquisitive journalist who might object to the Commission habit of 45-minute coffee breaks. As for me, I learnt to wear two rings instead of one to keep any unwelcome suitors abay. But I will not accept limits to meeting and talking to people.