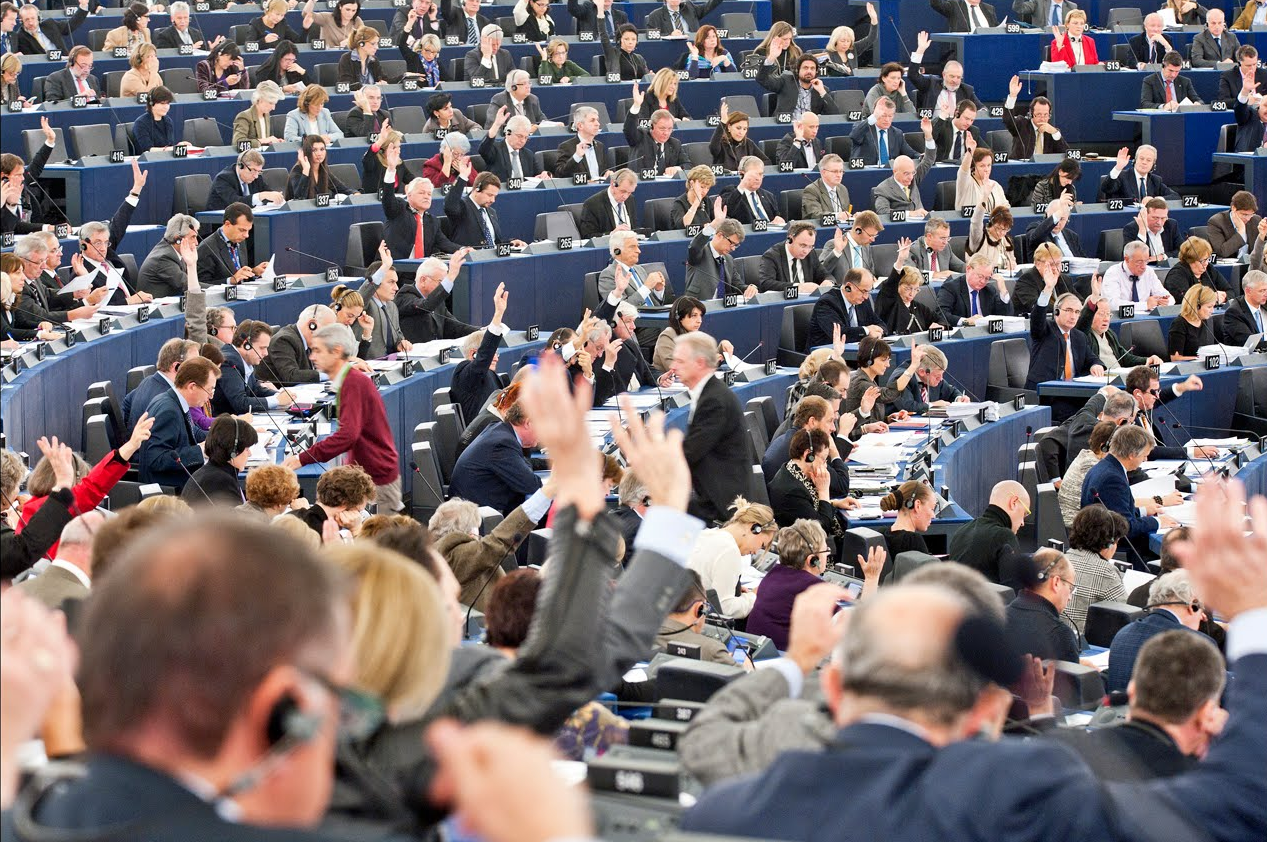 There has been a considerable amount of discussion in the European-centric media about the battle between the European People’s Party and European Socialists to secure the largest number of seats in the European Parliament in May’s elections.  Aside from the advantages being the largest group brings in terms of being able to dole out plumb committee chairmanships and get (even more) advantageous access to speaking time, it is likely that the “winner” of the Euro elections will be the party from which the Commission President is chosen.

Rather less attention has been paid to the smaller groups in the European Parliament – in particular, the Alliance of Liberals and Democrats for Europe who have, throughout their various name-changes over the years, always been the third-largest political force in the Parliament.

Speaking bluntly, this position is under serious threat.

Examining at a series of recently-published national opinion polls, it is clear that many of the constituent national parties inside ALDE are seriously struggling.  This is not a scientific exercise but, if national polls were born out, ALDE would receive the following vote shares in each of the countries where they currently have six MEPs or more:

* Belgium – a combined national figure for Open Flemish Liberals and Democrats (OPEN VLD) and Reformist Movement (MR) that does not take into account the individual Flemish and French and electoral colleges. Bulgaria – poll only includes Movement for Rights and Freedoms (DPS) and did not offer the National Movement for Stability and Progress (NDSV) or a Meglena Kuneva list as options.  Italy – the ‘Italy of Values’ list is not included in the poll and Mario Monti’s list that may opt to sit with ALDE  if it elected MEPs is currently under the electoral threshold. Netherlands – vote share crudely calculated from projected seat share (42 of 150) in Dutch Parliament calculated for People’s Party for Freedom and Democracy (VVD) and Democrats 66 (D66).

Taking a generous look at ALDE’s problems, even if they were to hold each of the seats they won in 2009 aside from the countries listed above (which include increased seat numbers in France, Netherlands and Romania), they would still only reach 64 MEPs.

As things stand, 64 MEPs would put ALDE only nine seats ahead of the 55 seats won by the Greens/Europe Free Alliance (Greens/EFA) in 2009 and ten seats ahead of the newly-formed European Conservatives and Reformists (ECR).  Since then, the Green group has increased inside to 58 MEPs and the ECR to 56.

The battle to be the European Parliament’s third largest political group is well and truly on.

Daniel Hamilton, a partner at Bell Pottinger and a candidate for British Conservative party in EU elections.