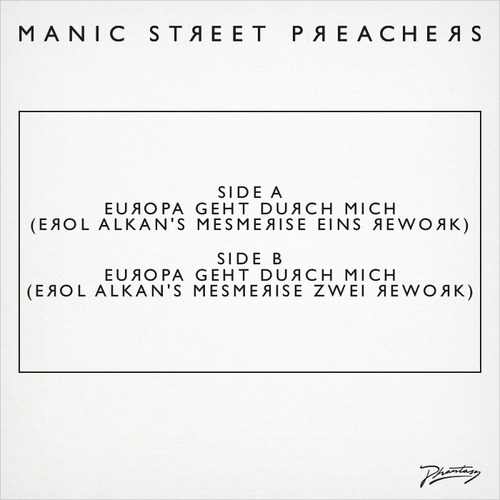 Two mixes of the song from the Manic Street Preachers upcoming ‘Futurology’ album will feature on his Phantasy release on June 23. The original version of the song features German actress Nina Hoss. Her vocals lead Alkan’s ‘Mesmerise Eins’ rework, while his ‘Mesmerise Zwei’ version heads in a more dub direction. Listen to the remix below:

The ‘Futurology’ LP, which is the follow up to last year’s album ‘Rewind The Film’, will be released on July 7. Guest appearances come from Scritti Politti’s Green Gartside, Georgia Ruth, Super Furry Animals’ Cian Ciarán, Cate Le Bon and H Hawkline. Manic Street Preachers will support the release of the album with shows at a number of UK festivals this summer, including Glastonbury, T In The Park and V Festival. ‘Futurology’ was recorded in Berlin and Cardiff – the song ‘Walk Me To The Bridge’ has also been previously unveiled, a track James Dean Bradfield described as “an emotional European driving song with early Simple Minds synths and a ‘Heroes’-esque Ebow guitar solo.”