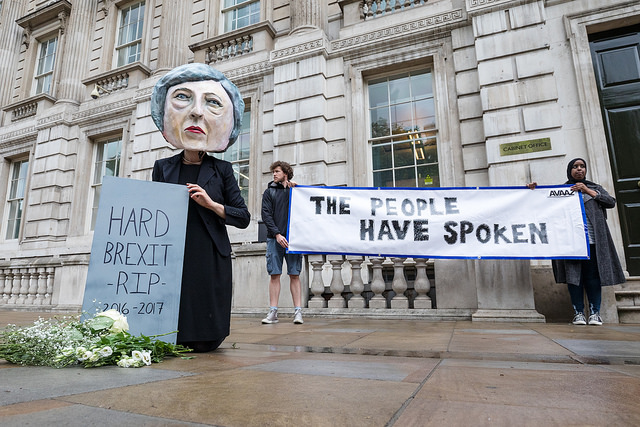 After lengthy meetings with officials in the European Council’s Brexit taskforce at the end of August 2016, I was amazed by their in-depth knowledge of the ins and outs of Article 50 TEU and the clear vision of the strategy they wanted to implement.

Hardly two months after the referendum, the division of the negotiations into three broad phases was determined by the European Council: first of all, preliminary issues (financial compensation for early withdrawal, residents’ status and the Irish border); then the ‘divorce treaty’ dealing with the UK’s detachment from EU jurisdiction; and finally the status of the UK vis-à-vis the Single Market. A red line was set down: staying in the Single Market and restricting free movement of workers is incompatible.

On this basis, the negotiators were selected: Didier Seeuws for the Council, Guy Verhofstadt for the Parliament and Michel Barnier for the Commission – the latter chosen, with little opposition, as the chief negotiator. With the structure and guiding principles of talks put in place by the EU 27 from an early stage, the European Council and Council of Ministers have launched the Brexit process. On 29 April 2017, the European Council adopted its guidelines; the Council of Ministers set the negotiating mandate. All this without debate and with unanimity.

Striking and persistent amateurism in London

In my many visits to London, I have always been fascinated by the entrepreneurial energy and professionalism of its people. But it seems Brexit is the exception. There is one question that must be asked: how is this possible? An opportunistic decision to hold a referendum, an incoherent campaign by Cameron, a shameless festival of fake news…even the murder of MP Jo Cox, which could have given Brexiters pause for thought, did not make any difference.

Everyone was shocked on the morning of 24 June, but the nightmare continued with the choice of a Prime Minister who, previously anti-Brexit, became a Brexiter and then a Hard Brexiter, driven by opportunism, ambition and ego. Out came the ‘Global Britain’ slogan, harking back to Queen Victoria and ‘Rule Britannia, Britannia Rules the Waves.’

So the preparation has been a mess, with an absence of expertise and a lack of understanding about how Article 50 works. A year on from the vote, the only documents presented by the UK to EU negotiators comprise a letter triggering Article 50 (a letter I called a ‘Christmas tale’), a white paper and a vague declaration about the right of EU citizens to remain in the UK if they have resided there for more than 5 years.

But it gets worse. Leaving aside Ms May’s electoral debacle, Scottish pressure for independence and the unstable status of Northern Ireland, the UK’s geopolitical place has been seriously damaged, with a declining economy and the illusory prospect of a UK-US partnership; whereas in a recovering EU, the Eurosceptics are on the back foot, pro-EU leaders have won power and the French-German tandem is being revived. Put briefly, the Emperor has no clothes and London is totally isolated.

The Article 50 process and the European Council guidelines envisage two broad stages: first, the divorce agreement that will break the link between the EU and the UK. In reality, when this happens the EU acquis will become UK law, which the latter will be able to amend as it wishes. With around 8,000 EU regulations, can you imagine the scale of this task?

Second, the trading relationship between the EU Single Market and UK will have to be addressed. Here as well, the job is massive: re-negotiating around a hundred bilateral and multilateral agreements, then negotiating a trade deal between the EU 27 and London. Imagine what this will entail!

More than ever, I am convinced that Brexit is not the solution; it will not happen because it is in nobody’s interest. To bring real change and avoid losing face, several reforms are possible – in particular the ‘Two-circle Europe’ dear to Mr Verhofstadt, who has been surprisingly quiet in recent times. We are expecting him develop this promising (if still virtual) idea into a more concrete form.