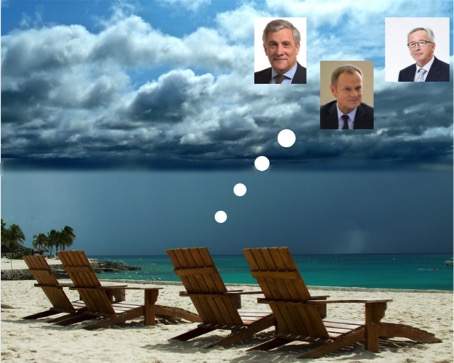 Every year before the start of the summer break, I treat myself to a journey through the EU Institutions.

I say ‘treat’ because it is a real pleasure for me to speak freely and in full confidence with elected politicians, senior civil servants, head lobbyists and representatives from leading NGOs. This initiatory journey provides an impressive panorama of the current state of the European Union.

The more I meet high-level figures, the more I am struck by their understanding of the obstacles to good governance. But I am also surprised by their inability to propose even the smallest reform that could remedy this.

Most likely this is due to the hierarchical dominance of the Commission Presidency which, for various reasons everyone knows, is in the hands of its Head of Cabinet who has replaced authority with authoritarianism. The result is a kind of bottleneck, creating a real barrier between the political and administrative levels of the Commission.

Mr Juncker’s goal of combatting the ‘silo’ approach which gives Directorates-General excessive autonomy, must be considered a failure. More than ever, every legislative file has its own institutional setting; the personal factor and the margins of interpretation have never been so important.

The duality in the Commission is also present in the Parliament, which contributes to an impoverishment of debate via a grand coalition between the EPP and S&D working hand in hand with the Commission President, himself a product of the Parliament due to the Spitzenkandidaten system.

This peaceful in-group culture inhibits debate at the highest level of the Institution and also at the lowest, via the systematic use of trilogues favouring first-reading agreements. It is unbelievable to see that 100% of legislative proposals were adopted at first or ‘early second’ reading in 2016! This system, the epitome of anti-democracy, has the perverse consequence of multiplying the number of delegated and implementing acts, multiplying exceptions and derogations.

As a senior figure in DG SANTE told me: “There are hardly three people in Brussels capable of clearly explaining the procedure for adopting the two regulations on endocrine disruptors.” Probably there are more than three, but certainly not more than 10!

The Council also finds itself confronted with opposing forces. The first from above, in the shape of the European Council where the Heads of State and Government meet around 10 times per year (unfortunately in a high degree of opacity) and dictate the agenda to the specialised Councils. The latter are reduced to following the views of the Masters of the Union and attempting to resist Commission control over delegated and implementing acts.

The Treaty of Lisbon has, after 8 years, succeeded in creating an institutional monster that simultaneously gives more power to each Institution while reducing its influence in practice. The institutional triangle has become a square, with a dominant European Council, a bureaucratic Commission and a Parliament that follows rather than leads. This is not what we expect of the EU in the midst of a worldwide geopolitical maelstrom.

This institutional storm is essentially a storm in a teacup, because nothing really gets done on a daily basis. There is a lot of wait-and-see, opportunism and resignation. For how long will this go on? Lobbyists known to be experts in their fields are now faced with the need to become legal experts and procedural analysts, tasks they are often ill-prepared for. Some NGO representatives have the ability to be pro-active; farmers and industry are too often on the defensive. In this system created by the unfortunate Lisbon Treaty, detail trumps the essential, debate is carefully avoided and soft consensus reigns supreme. None of this is what we need.