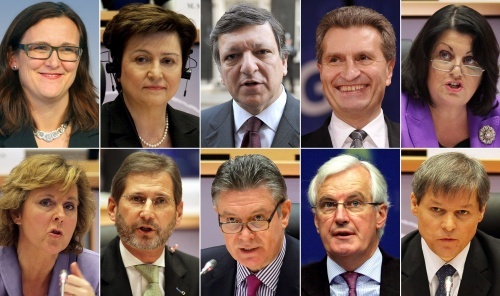 2014 is the big change-over year in the EU institutions. A new European Parliament was elected in May 2014, and a new European Commission will take office in late autumn 2014. Some Commissioners will stay on, but probably with new portfolios, and others will not return after 2014. Some of the new Commissioners may come into the job already with social media presences of their own.

The problem for the Commission is that no-one really yet knows what to do with the Twitter followings of current Commissioners once their term ends. As the table below shows, only one Commissioner – Michel Barnier – had a Twitter account prior to the 2009 elections, and this was just ‘officialised’ at some stage. All other Commissioners have built up their presences while in office. In 2014 it will be much more complicated.

The question then comes: how have these audiences of Commissioners been built? Have they been built with administrative resources (i.e. Commission staff have been doing the work), or through the engagement of the Commissioners themselves? And does that even matter? Does Malmström have more right to keep her followers as she tweets herself, while Reding has less right because she lets her staff do all of it? This takes us very close to the William Hague case – the British Foreign Minister’s account is a horrible mess of party political and governmental communications, and the decision has essentially been taken to live with that mess.

Further, with some Commissioners trying to jostle for top political positions in the future (rumours circulate about Barnier and Reding at the very least), will we suddenly be seeing a lot more party political communication on these accounts? If so, the Boris Johnson case would be worth bearing in mind, where the mis-appropriation of an administrative account for political purposes prompted quite a backlash.

So what do you think should happen? Do comment below!

(note: some of the suggestions for this piece come from a conversation I had with Matthias Lüfkenson 24th October in Geneva, and Matthias has a related post about Barack Obama)

Data used for this piece
All Twitter data was accumulated on 25th October. Days on Twitter is calculated from the middle of the month a user joined, to today, so may be up to 15 days incorrect.

Thanks to Jon Worth the legend of the eu Bubble for this great article.