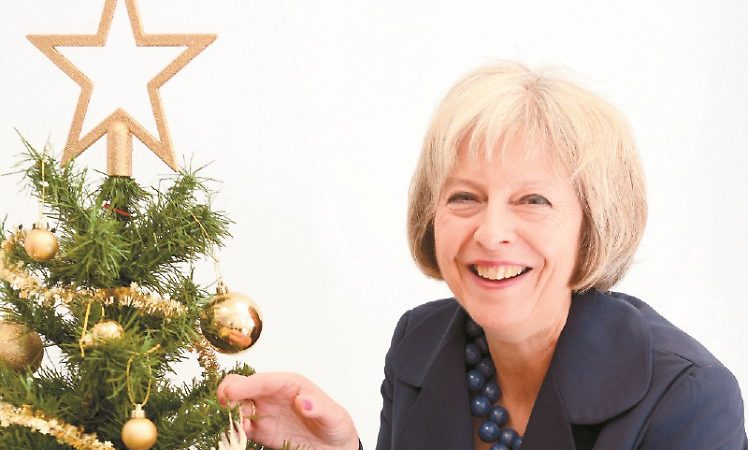 In my mind, it confirms something I have never doubted: that Brexit will not happen – at least not within the timeframe and procedures envisaged.

Brexit: how to take French leave

The English saying ‘to take French leave’ is translated into French as ‘filer à l’anglaise’ – in other words, to leave stealthily (in Brussels one might call it ‘stummeling’). That is what this hypocritical document reminds me of.

When reading it, one question comes to mind: why does the UK want to leave the EU? The notification of withdrawal speaks a lot about shared affection and attachment: “We are leaving the European Union, but we are not leaving Europe”; the UK will be “your closest friend and neighbour” after Brexit; they want to ensure “continuity and certainty, in particular for businesses”; “We should work together to minimise disruption”; “Weakening our cooperation for the prosperity and protection of our citizens would be a costly mistake”.

The only divorces that turn out relatively well are those based on mutual respect.

There is no empathy in Ms May’s letter – either for the 3 million EU citizens living in the UK, or for the 2 million Brits living on the continent. There is nothing to re-assure these worried people.

However, Ms May does say: “We understand and respect your position that the four freedoms of the single market are indivisible and there can be no ‘cherry picking’.” In other words, immigration policy will become national, and the management of migrant flows will take place at Dover rather than Calais. Will we end up talking about the ‘Dover Jungle’ as opposed to the ‘Calais Jungle’? All this for that?

Nationalising the EU acquis in one go!

Ms May writes that the UK will soon “convert the body of existing European Union law (the “acquis”) into UK law”. Therefore, EU regulations – the bureaucracy so detested by Brexiters – will become UK law, at least temporarily. Avoiding any legal vacuum, the UK will over time reconstruct its own legislative corpus. Do they have any idea of the scope and difficulty of this process?

While not written down, it is clear that the UK intends to leave the Common Customs Tariff and propose “a bold and ambitious Free Trade Agreement between the United Kingdom and the European Union.” But how will this be done? At the same time as withdrawal? Or over a 10-15 year period, as such agreements require?

But this is not a big issue for Ms May because “If, however, we leave the European Union without an agreement the default position is that we would have to trade on World Trade Organisation terms.” In short, on the basis of customs duties and other quotas. The feasibility of an abrupt break – i.e. with no agreement – between the UK and the EU is not being questioned, nor is anyone talking about the time needed to build a system that at least ensures respect for WTO rules on both sides of the Channel. Is it carelessness, or just wishful thinking?

Getting agreement from the House of Commons and House of Lords, the proactive involvement of Scotland, Wales and Northern Ireland, the bill to be paid to the EU for unilateral or early rupture of concluded agreements – all of these things are hardly discussed, or treated like straws in the wind.

When the dangers start to loom, when uncertainty and threat reign, when the European Union erodes and begins to fear for its survival, is there anything better we can do than cut our arm off? What we need to do is propose to the UK a ‘Plan B’ it can sign up to. This Plan B has a name: the Europe of two circles, with a federal circle surrounded by a ‘market circle’ and composed of tiered institutions.

Some of the ideas presented in the White Paper on the Future of Europe, in particular that of a ‘multi-speed EU’, have to be developed in way that accommodates an EU of 28, not 27. It is up to us to make proposals to London – not so that the UK can save face, but because it is in their interest as well as ours.