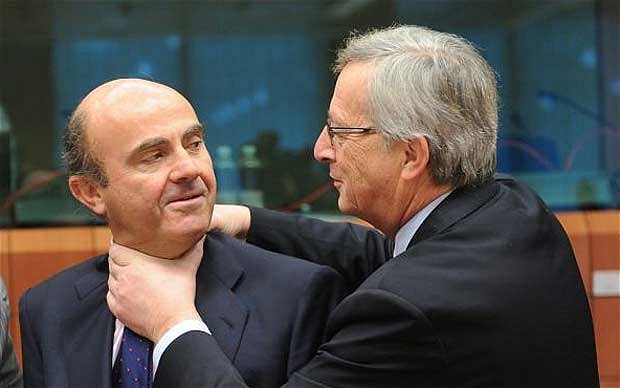 @AllieRenison is head of Europe and Trade Policy at the Institute of Directors.

For all of the protestations about Jean Claude Juncker’s unsuitability for what is, ultimately, the EU’s top job (sorry, Angela Merkel), the unveiling of his new Commission yesterday has confirmed his reputation as a master of compromise and consensus.

The City’s expectations that the UK would be given a standalone financial services brief were so low that it by and large opposed the job’s split from the Internal Market Portfolio. The shock in Brussels when it was announced that Lord Hill would be given this responsibility reverberated all the way to London.

Dealing with financial services isn’t the total of Lord Hill’s duties, either. He will also have to deliver Juncker’s grand aim of creating a ‘Capital Markets Union’. The implications for this are two-fold: Firstly, the UK will have significant scope to deepen the Single Market and unlock its full growth potential – which happens to be one of its key priorities for EU reform. Secondly, Britain’s Commissioner will have an enormous role to play in implementing the banking union as well as building on it.

This will go some way to mollifying concerns that the UK will be sidelined and disadvantaged by the deepening of Eurozone integration. Instead, through the work of Lord Hill, it will be central to these discussions.

Indeed one of the most significant upshots of the new-look Commission is the number of non-Eurozone member states with Commissioners in key economic roles. With Denmark’s Economy Minister taking over Competition and the Swedish Commissioner winning the Trade post, it would appear that Juncker has taken seriously the need to ensure a smooth relationship between the euro-ins and the euro-outs.

The creation of so-called ‘Super Commissioners’ poses an interesting question as to where power really lies. The seven Vice-Presidents will be able to stop the legislative initiatives of other Commissioners. Most of the excitement over this power is around the kind of check Latvia’s Valdis Dombrovskis (VP for The Euro and Social Dialogue) will be able to put on French Socialist Pierre Moscovici, who will assume responsibility for Economic and Monetary Affairs.

Juncker has said that Dutch Foreign Minister Frans Timmermans, who will become Commission Vice-President for Better Regulation (amongst other things), will be his right hand man. The initial concern that Britain was ‘snubbed’ by not receiving this post should fall away, given the fairly close alignment between British and Dutch thinking on EU reform and red tape.

Of course there are limits to how many of its priorities the UK will be able to realise in the European Commission, as much of the wrangling will still take place between national governments in the Council. The European Parliament also looms as a potential roadblock and MEPs are likely to give Lord Hill a robust grilling about his previous links to the City. But David Cameron’s decision to go with a Whitehall-experienced Commissioner rather than an overtly political appointment may prove to be a wise one. Lord Hill is not the feather-ruffling kind and he is likely to adopt a consensual approach in his hearing – rather than going in guns blazing, looking for a fight.

So it seems that Juncker has pulled off a master stroke, on that bodes well for repairing the damage done to UK-EU relations in the run-up to his appointment. If the European elections spelled trouble for business, the new European Commission may prove to be a welcome antidote for those concerns.