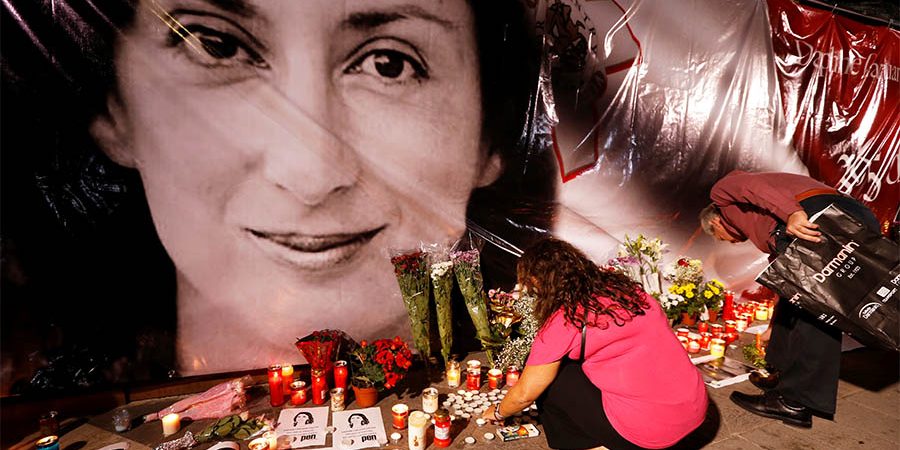 Financial magic, blackmail and high-level conflicts of interest in the EU with links to (Russian) mobsters: Two whistleblowers who demonstrate the ineffectiveness of current whistleblower protections in the EU

Whistleblowers fulfill an essential role for any system to function in the long run, exposing frauds and conflicts of interest that hamper progress. Not least do they shed light on the shadow economy, as the Panama Papers, Pandora Papers and other offshore leaks have shown. It is therefore reasonable that legal updates have been made, both within Member States and at the EU-level, in an attempt to provide adequate protection against those who come forward about wrongdoings, whether at local or systemic level. At least that is the case… on paper. But practice is different, as will be demonstrated by the coming bundle articles.

You may recall my article covering two whistleblowers briefly. Now it is time to delve into details. My analysis is divided into five parts: first, I analyze the developments in EU legislation on whistleblowing in the buildup towards EU Directive 2019/1937 and dive into metrics used to describe press freedom in Part I. These include the three Member States at the bottom of the Reporters Without Borders press freedom index. Secondly, I document two whistleblowers about their experiences and the absence of protection, as well as the frauds they exposed. The first one is from Latvia, the second one from Malta, both living in exile. Part II, III and IV will be used to document the experiences of John Christmas, an exiled whistleblower from Latvia. Part V will shed light on Maria Efimova, a whistleblower from Malta who may well have proof of the most controversial document implicating the former PM of Malta, Joseph Muscat, and his wife. These findings combined will pinpoint at the shortcomings of the current whistleblower protection framework in the EU and demonstrate an urgent need for improving whistleblower rights, press freedom as well as the methods used to measure both. At the same time, whistleblower documentations will demonstrate why the EBRD may well be a fraudulent organisation, what role the European Commission and ECB have played in facilitating corruption and how criminals have remained unpunished. A 2013 study by Batischeva and Vorontsov described Europe as a gradient, in which the North and West offered somewhat better protections than the South and East. Fast forward six years, as an EU Directive came into life to address shortcomings in whistleblower legislation …

Directive 2019/1937 is the first real attempt to set common standards for whistleblowers in the EU. An ambitious move, yet it does have some precedent in legislation on market abuse and trade secrets. According to Vandekerckhove an important introduction to whistleblower protection came with the launch of the EU Trade Secrets Directive (Directive 2016/943). In that Directive, trade secrets enjoy protection to bolster R&D and innovation in economic sectors, yet, according to §20 of the introduction, “[T]he measures, procedures and remedies provided for in this Directive should not restrict whistleblowing activity. Therefore, the protection of trade secrets should not extend to cases in which disclosure of a trade secret serves the public interest, insofar as directly relevant misconduct, wrongdoing or illegal activity is revealed.” This Directive went into force twenty days after publication in the Official Journal of the European Union.

Directive 2019/1937 was introduced on 23 October 2019, and outlines a uniform approach to protect whistleblowers across the EU. Under Article 4, the directive applies to a reporting person who acquired information about breaches in either the private or public sector in a work-related context, further specified in Article 45 and 49 TFEU. Article 8 and 9 of the Directive set out the procedures for internal reporting channels, for example Article 8(3) requires all private sector legal entities with 50 or more workers to establish internal channels for internal reporting and follow-up. Articles 11-14 describe the standards to which external reporting channels should adhere, which includes an obligation to forward reports to a competent authority within reasonable time. Article 15 then describes the conditions to enjoy whistleblower protection when making public disclosure, which are as follows: (1) the reporting person has used internal/external reporting channels yet no timely response was given, or (2) the reporting person has reasonable grounds to believe that the reported breach harms the public interest or carries a risk of retaliation/mismanagement.

Although the Directive has been referred to as the first comprehensive set of protections, there have been some provisions in place, even before the Trade Secrets Directive. §6 of the introduction refers to Regulation 596/2014 on market abuse (MAR), which allows whistleblowers to come forward in case of market manipulation or insider trading. At the same time, there are exemptions from that regulation, described in Article 6 of that regulation. These include actions taken in relation to monetary, public debt or management policy by Member States, members of the ESCB, Special Purpose Vehicles employed by Member States created for these objectives.

Article 23 and 24 set out penalties against those who hinder the reporting processes of whistleblowers and retaliate against them. Article 24 says that no “[a]greement, policy, form or condition of employment …” can waive the rights and remedies of this directive. It is to say that any Member State that does prosecute/harass whistleblowers while having adopted the Directive, is in breach.

Compliance with Directive 2019/1937 can be tracked at whistleblowingmonitor.eu. So far, no Member State has transposed the directive into national law. The deadline for adopting laws in accordance with the directive was set at 17 December 2021, according to Article 26. Hungary has not even started adopting the directive, 18 Member States have delays and only 10 Member States have adopted the law. Which ten? Croatia, Cyprus, Denmark, France, Ireland, Latvia, Lithuania, Malta, Portugal and Sweden. At least four of those are relevant in relation to the two exiled whistleblowers to be discussed.

There are multiple sources that annually keep track of press freedom throughout the world. One such source is the database from Reporters Without Borders. In its latest publication, press freedom is relatively high for most EU countries. The following three countries fill the bottom in this regard: Hungary (85), Serbia (79) and Bulgaria (91). All three countries have somewhat improved rankings compared to the previous year (2021), yet common themes reported in all three countries is the intertwinement between media outlets and the state, as well as harassment and smear campaigns against journalists and whistleblowers. Specifically, the 2021 RSF report on Bulgaria states that Nikolay Staykov received death threats in June 2020 after investigating high-level corruption. Being the founder of the Anti-Corruption Fund, his documentary series called ‘The Eight Dwarfs’ shed light on corruption among government officials and businessmen. One businessman particularly helpful in exposing a fraud scheme involving the largest elevator company in the country, Iliya Zlatanov, has fled to escape prosecution. In a similar vain, Ana Lalic was arrested in April 2020 and held prisoner for reporting on a local hospital. These kind of events are accurately reflected in the the RSF index, hence the low score for these countries. However, one EU country seems to have largely escaped these critical ratings: Latvia, enjoying the 22nd rank both in 2021 and 2022 (and to some extent, Malta). Before moving on to the whistleblowers, the methodology of RSF will be discussed below.

The model used to calculate the inputs for these categories can be seen over here.

This methodology has recently been updated, yet the above applies to 2013-2021.

The resulting score is measured annually, and as noticed above, high weight is attributed to pluralism, media environment and self-censorship for indicator A. For the second indicator, only 20% of the weight is attributed to Abuses. The higher of the two indicators is used for the ranking, to prevent countries with low score on abuses from appearing free if the general media-landscape is rather unfree. Although such a method claims to prevent an optimistic outlook on press freedom when the general media climate restricts the report of abuses, it can be highly misleading when the general climate on reporting abuses is characterised by so much fear about particular cases that journalists prefer to omit the topic altogether in discussing press freedom. Findings in Part II – IV demonstrate the bravery of a whistleblower who escaped assassination attempts and the attention of media in general, proving how obscure the media landscape in his country is, despite the rather positive RSF score and positive perceptions abroad. To be continued …