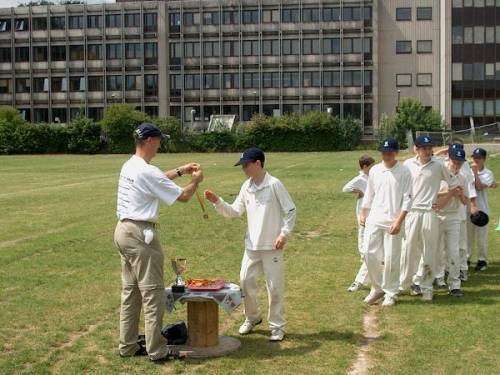 Ask British expats about Brussels life and some will admit that they don’t feel as if they live in Belgium.

British newspapers are printed here and can be delivered to your door. English is the language of business, while private British and European schools are on hand to educate your kids.

Even BBC television is beamed across Belgium: those really in need of a reminder of home can watch images of London’s standstill traffic on the news and smirk as they hear about Tube delays on the Northern Line.

Then there’s the EU bubble life in Brussels. Frequently, journalists, eurocrats, lobbyists and lawyers socialise in national or pan-national circles without mixing with many Belgians. All in all, it’s easy for the 60,000 Brits here to overlook their host.

So I was interested to read a Belgian take on the UK, in an interview with Belgium’s ambassador to London, Jean-Miguel Veranneman. While he’s hardly breaking the diplomatic code with his comments, at least we see the other side of the coin.

Mr Veranneman points to differences between the two over the EU. “Of course our views differ on a few subjects, mainly on the future of Europe, a subject where both countries, as you know, are at both ends of the spectrum.”

He adds: “The Brussels Institutions are often criticised for being too bureaucratic and some of the stones that are hurled at the [European] Commission sometimes ricochet and fall in the Belgian garden around it. But we have to live with that and take it with a famous Belgian sense of humour.”

Ever the diplomat, he doesn’t mention a recent rupture in the relationship. Tony Blair (and some other national leaders) triggered this when they blocked Belgian prime minister Guy Verhofstadt from becoming European Commission president in 2004.