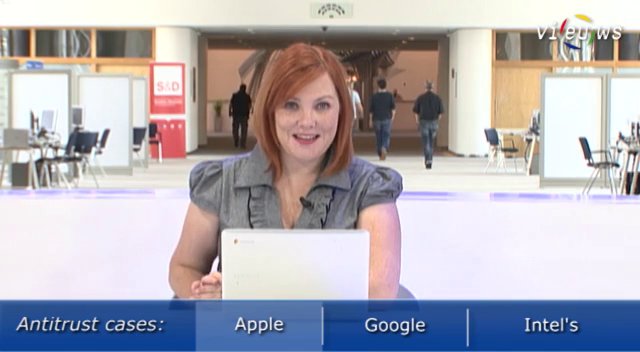 The ‘digital economy’ is often put forward as a model for future economic development in Europe, but how should this be structured? Ann Mettler writes that in many respects the European economy is already ‘digital’ and that digital technologies offer a key route to economic growth and job creation within the EU. She outlines five key digital aims that the new European Commission should prioritise, including the completion of a digital single market.

On 8 July 2014, the City of Venice will host “Digital Venice 2014.” This high-level conference is organised by the Italian Presidency of the Council of the European Union with the support of the European Commission. One of the aims of the conference will be to assess the role of ‘digital’ in generating new economic development.

The Digital economy is not just a new business sector; it represents a completely new paradigm, often described as “the third industrial revolution”. The Internet and digital communications are general-purpose technologies, transforming economies as profoundly as the steam engine did in the 18th century or electricity in the 19th century. This digital revolution is having a significant impact on all industries, with the most substantial benefits being enjoyed by established companies in traditional sectors, such as manufacturing or even agriculture. Against this backdrop, we can no longer equate digital technologies primarily with the telecoms sector or tech start-ups – it’s transforming all of the economy and society.

Digital is the route to economic growth and prosperity

Digital technologies and the Internet contributedmore than 20 per cent of economic growth in the world’s most advanced economies in the period 2004-2009, and looking forward the digital sector is expected to grow seven times faster than overall European Union gross domestic product in the coming years.

It is also key to solving Europe’s unemployment problem; even with a record 26 million people out of work, employers are scrambling to find candidates with digital skills. By 2020, there will be up to one million unfilled vacancies for information and communications technology (ICT) practitioners across the EU. The combination of high unemployment and skills shortages is toxic and seriously damages Europe’s long-term prospects. Rather than designing more “make work programmes” for youngsters, a more promising path leading to sustainable, well-paying jobs would be to bring together the competences of a young generation of digital natives with the overwhelming demand for ICT skills in the labour market.

Entrepreneurship powered by digital technologies will be crucial in strengthening the economic recovery and creating the jobs that Europe so urgently needs. According to new research from the OECD, the vast majority of new jobs are created by companies five years old or younger. Almost all of these enterprises are heavy users of digital technologies.

Take Rovio, maker of Angry Birds. With more than two billion downloads, it is one of the most successful apps of all time, as well as a global leader in entertainment. Based in Espoo, Finland, the company was launched by three students from Helsinki University of Technology in 2003, and has since grown to 800 employees.

Priorities for the new European Commission

It bodes well that incoming European Commission President Jean-Claude Juncker has used his campaign to announce that he intends to make Digital Europe in general and the Digital Single Market in particular his top priorities. In order not to lose steam in coming years – and to withstand the pressures he will receive from the many interests that feel threatened by digital disruption – it is imperative that he takes personal ownership and responsibility for this agenda.

Second, digitising industry and public administrations should be a priority.One area where Europe continues to enjoy a formidable competitive advantage vis-à-vis other parts of the world is in manufacturing and industry. Using this strength – and complementing it with digitalisation – would result in not-easy-to-replicate innovations and economic capabilities, as well as the prospect of re-shoring and creating well-paying jobs in Europe. Similar benefits could be reaped from digitising the public sector, which would not only help alleviate strained public finances, but also allow for more personalised and tailor-made services for citizens.

Third, the Commission should aim to mobilise investment for Europe’s digital infrastructure. A world-class digital economy cannot sit on top of an outdated digital infrastructure. Massive investment will be needed in coming years – including in 5G technologies – to catch up with the United States, Korea and other countries that are leading the way. In a time of empty government coffers, it will take a lot of ingenuity to build a coalition of stakeholders – public and private – ready to muster this crucial investment challenge.

Fourth, providing support to entrepreneurs must be a key priority. Europe will need tens of thousands of new, innovative, fast-scaling and digitally-savvy companies if it hopes to make a serious dent in its unemployment and be able to compete globally on innovation. That is easier said than done in a market place still too often dominated by incumbent, vested economic interests who are eager to shut out newcomers and competitors. With many of them in cosy relations vis-à-vis national governments, it is all the more important that Brussels and the European Commission really understand the needs of digital entrepreneurs and put them at the heart of their policy agenda.

Finally, digital skills should be established as a ‘fourth literacy’. While it is obvious to anyone why reading, writing and mathematics are essential skills for advancing in life, they alone may not be sufficient in the 21st century. Increasingly, youngsters themselves report a great desire to be able not only to consume digital content but to shape it, for instance by learning how to code and take part in hackathons. At the same time – and despite Europe’s sclerotic labour markets – demand for digital skills is skyrocketing. Not meeting this demand is not only a drag on Europe’s unemployed, but also seriously hampers the ability of companies and public authorities to use digital technologies to drive productivity, innovation, growth and employment.

One of the defining characteristics of the digital age is unprecedented speed. Within a few years, countries and companies can rise or fall, re-invent themselves or face demise. While this is often portrayed as a threat, in reality it is a historic opportunity, as well as an invitation to finally deliver on Europe’s many “policy blueprints,” “action plans” and “vision statements.” If not now, then when?