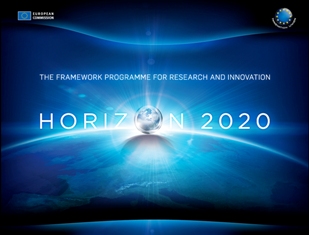 It is part of mankind’s drive for knowledge to delve into the unknown, explore the undiscovered, dream up the uninvented. The founding fathers of Europe paved the way for the Industrial Revolution, and the scientific discoveries that allowed our continent to play a central role on earth for centuries.

Today this is changing and we have to ask ourselves where we want to go, and how to get there. Surely we do not want to get too far behind the United States, or the Chinese to overtake us. Technologic superiority equals economic and military superiority. Yet we invest many times more European funding into CAP (common agricultural policy) than into technological research. While things like CAP won’t significantly influence Europe’s status within the global constellation of superpowers, technological competition will.

Stem cell research, although controversial, is an example of a field in which Europe could take the lead. Now that even in the United States, a very Christian nation, the door has been opened for stem cell research, Europe should not stay behind. It is, in any case, but a matter of time before nations such as Russia or even North-Korea will develop this technology to the next level. Underlying the debate on stem-cell research is the assumption that human life, even in the first embryo, has a sanctity to it that should be impenetrable to scientific experimentation. As liberals it is important to note that it remains to be questioned whether this concept of sanctity can be justified in a secular political vocabulary.

Although the size of the European population is shrinking, electricity demand is still on the rise – as it is world-wide. Therefore whoever has the most efficient ways of producing energy, has a large say in the political future of the world. As a step to achieving this, the Renewable Energy Directive stipulates that Europe aims to generate at least 20% of its energy demand from renewable sources by 2020.

Very important for the energy transition is the enhancement of interconnectivity through the power grid. Sustainable energy, if it is to flourish on the market, has to be sellable across borders. Another important item is bio-fuel. Complaints have been made that this goes at the cost of food-production. Yet this is nonsense since the world hasn’t a food-quantity problem but a distribution problem. Brazil has been using bio-fuel for decades, and as a result has a degree of autonomy that we as Europeans should also desire.

We must conclude that regardless of social and environmental mantras, we live in a world with a scarcity of resources. This means survival of the fittest, and Europe should do what is in its best interest.

Sid Lukkassen, ALDE associate member and a participant in the European elections for the VVD