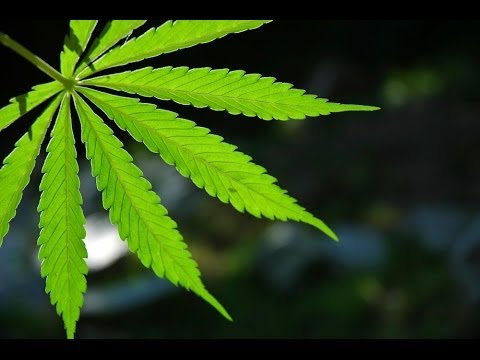 We will also give our opinion on, why our company and many other stakeholders in Europe believe the legal interpretation and enforcement of the laws inside the European Union are wrong as well as why the legal situation is expected to change in the coming years.

The first Novel Food regulation was introduced back in 1997 by Regulation (EU) 258/97 with the aim of establishing a food safety mechanism to control newly developed, synthetic or genetically produced food and food supplements. An updated version of the regulation came into force on January 1st, 2018 (Regulation (EU) 2015/2283).

According to art. 3, ‘novel food’ is defined as:

“any food that was not used for human consumption to a significant degree within the Union before May 15,1997”.

If a food is considered novel, the implications are that it must be authorised by the EU Commission and undergo a pre-market safety assessment by the European Food Safety Authority (EFSA), before it can be legally marketed in the EU.

Cannabis in the Novel Food regulation

The EU Standing Committee already decided in December 1997 and the Commission confirmed to the European hemp industry in writing in the beginning of 1998 literally:

“it was decided that foods containing parts of the hemp plant do not fall under the scope of the regulations EC 258/97” and also “that hemp flowers … are considered to be food ingredients” (e. g. used for the production of beer-like beverages)”.

Obviously, hemp flowers and leaves being parts of the hemp plant, were not considered to be Novel Food.

In January 2019, EU Member States’ representatives updated the Novel Food Catalogue entries for “Cannabis sativa L.” and “Cannabinoids”. These updates are demonstrably incorrect, based on logic and historical facts, as organizations like European International Hemp Association (EIHA) and many others stakeholders repeatedly explained to Member States and the European Commission.

The new entry for “Cannabis sativa L.” does no longer mention hemp leaves and flowers. From this alone, it is obvious that the latest changes, which seem to be hastily written, concerning the entries in the Novel Food catalogue are incorrect. Moreover, the traditionally produced hemp extracts are now also missing, although extraction is considered as a traditional and conventional method of food processing.

In the new entry for “Cannabinoids” extracts with a naturally occurring level of cannabinoids are now excluded, although they were mentioned in the previous entry formulation. Such products were already on the market and consumed before 1997 to a significant degree.

Cannabis extraction in the EU legislation

Since 2009, the EU directive 2009/32/EC clearly states that traditional extraction agents, such as ethanol (alcohol) or CO2 (carbon dioxide), must be permitted by Member States in the production of foodstuffs or food ingredients.

The subsequent update of the Novel Food Regulation (2015/2283) can therefore, taking into account this already existing Directive 2009/32/EC, only mean novel extraction agents and “new extracts“, but not extracts obtained and produced by the traditional extraction agents already regulated.

Several cannabis industry organizations in Europe have already shared substantial evidences with the European Commission proving that hemp flowers, leaves and extracts have been consumed as food for centuries and that the so-called “low-THC” varieties, defined as industrial hemp, have historically always contained cannabidiol (CBD). Particularly in these industrial hemp varieties – including those that were already listed in the EU catalogue of varieties long before 1997 – the respective content of CBD in relation to THC is very high compared to “high-THC” cannabis varieties.

The general industry position shared by our company as active members of and strong supporters of EIHA as well as legal experts is that hemp leaves and flowers as well as such hemp extracts from industrial hemp, with the natural content of cannabinoids, (i.e. those that are not enriched with CBD isolate and crystals) are traditional foods and do not fall under the scope of the Novel Food Regulation. This position is perfectly in line with the Novel Food Catalogue entries’ formulations in place until January 2019