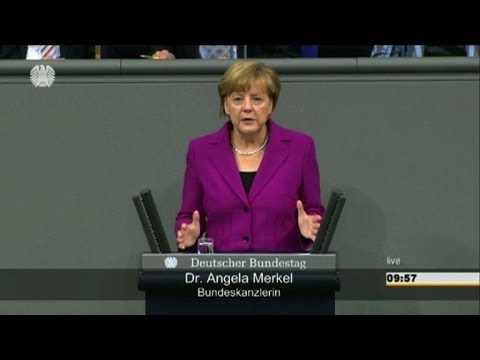 British Prime Minister David Cameron has strongly opposed the nomination of Jean-Claude Juncker as the next President of the European Commission and has called for a formal vote to be held on the topic if no consensus can be reached. Imke Henkel writes on the broader relationship between Cameron and Angela Merkel. She notes that while Merkel also has reason to oppose Juncker, the UK’s opposition has made it increasingly difficult for her to back another candidate without seeming to give in to British demands. Ultimately Cameron must display a better appreciation of Merkel’s political approach if he is to avoid alienating her from his proposed plan for EU reform.

Is Angela Merkel good for David Cameron?The British Prime Minister certainly seems to think so. Cameron has pinned his hopes for European reform on the German Chancellor. But is he right to do so? In answering this question, their obvious and often quoted common interests – completion of the single market, less red tape, more subsidiarity – will be less relevant than the question of whether Merkel will actually deliver what Cameron hopes to achieve.

For an answer, it is helpful to look at the German Chancellor in comparison to her erstwhile mentor, the former German Chancellor Helmut Kohl. When she arrived in West German politics after 1989, Merkel studied Kohl closely for years. Her political education took place within the “system Kohl”. Eventually it was her who ended it when Kohl became embroiled in a disastrous scandal about illegal party donations that nearly destroyed the CDU.

There are two main commonalities between Merkel and Kohl, and one crucial difference. The first commonality is an extraordinary capability for shrewd political operation, especially in dealing with opponents. The second commonality is that both at one fateful moment forfeited their political goal for short term tactical deliberation.

The crucial difference is their view of the European Union: Kohl was a European romantic, who dreamed of a United States of Europe that the European people would see as their common fatherland, a matter of heart and soul – as he recently stressed again in a meeting with the candidate for Commission President Jean-Claude Juncker. Merkel has no idealistic vision of Europe. She sees the EU as a means to achieve prosperity, freedom and peace for the European people. It is most certainly Merkel’s approach that Cameron finds closer to home.

Merkel’s extraordinary capacity for political tactics, however, should serve as a warning to Cameron. Merkel acts as Kohl’s disciple in power politics. Like her mentor – and in marked difference to the British Prime Minister – she dealt with and often ousted any competitor who threatened to hinder her ascent to power, including eventually Mr Kohl himself. Merkel rose on being underestimated. For Kohl, she was “the girl” or “my girl”, until it was her who defenestrated the powerful party chief through a well calculated letter that she placed in the “Frankfurter Allgemeine Zeitung” in which she called for an end of the ‘Kohl era’ and a fresh start for his scandal ridden party.

Cameron tasted Merkel’s deftness during the infamous evening on 9 December 2011, when he, having misread his conversation with the German Chancellor only days before, tried to veto a treaty change on fiscal regulation and ended up being isolated in Europe. Typically, the German Chancellor managed to leave the acrimonious utterances afterwards to the French president Nicolas Sarkozy, whereas she herself kept to conciliatory tones.

Merkel has an exceptionally safe position at home. Around 85 per cent of 18-29 year olds, as well as those over 60, are content or very content with the present state of Germany; while this rating never sinks below 70 per cent in any age group, according to a recent “Spiegel”-poll. After nine years as Chancellor, 66 per cent of Germans are still happy with her work, the best result for any German politician, according to an ARD-Deutschlandtrend poll in early July.

The tactics that Merkel has employed to maintain this support are worth studying because they are the same tactics that currently shape European politics. The main ingredients are at least in part close to what Merkel observed and learned over ten years by working for and watching Helmut Kohl: keeping her options open as long as possible by a policy of wait and see; sensing and following the public mood; watching closely and analysing the political opponent and embracing his/her ideas; being thus seen as the one who establishes consensus in the interest of the people and the common good.

It is precisely these tactics Merkel uses currently for negotiating who will be the next President of the European Commission. Merkel has good reason to oppose Juncker’s candidacy. It was Juncker who during the Eurozone crisis called for the introduction of Eurobonds, a financial instrument that Merkel strictly opposes because she fears that it will lead to Germany paying Europe’s bills. Merkel as well has grown cool on the idea of an ever closer union, the founding ideal of the Rome treaty that Juncker still passionately believes in.

Cameron’s early and vociferous objection, however, obstructed her likely intention to arrive at a more appropriate candidate than Juncker by forcing her, together with her coalition partner at home and with the public mood in Germany, to declare herself earlier and clearer than she probably intended. Her statements concerning Juncker should be heard and read very carefully. They are aimed at winning time for a solution. Her reported backing of Juncker plays to the public mood in Germany, but does not exclude the search for a better candidate. Cameron’s continuous belligerent opposition to the former Luxembourg prime minister, though, makes it increasingly impossible for Merkel to not support Juncker, otherwise she will risk being seen as giving in to British blackmail.

The tactics of ‘wait and see’, and especially of riding the public mood, have their obvious dangers. It led both Merkel and Kohl into grave mistakes. When Helmut Kohl promised to soon turn the newly joining East-German Länder into “blossoming landscapes” he hoped to create an optimistic mood in the run-up to the general elections. Kohl managed to get re-elected, but when his promise did not come true, the resulting frustration poisoned the relationship between East and West for years to come.

Similarly, at the beginning of the Eurozone crisis Merkel played to the German public mood and encouraged the Germans to believe that they should not pay for the presumed mistakes of other member states, instead of stressing how much Germany had in fact profited from the common currency. This again poisoned the tone of the debate for years to come and consequently significantly limited Merkel’s options. In addition, the rise of the anti-euro Alternative für Deutschland (AfD) has its roots here.

Merkel’s crucial difference to Kohl, her lack of any romantic vision for Europe, may suit Cameron, but he should be careful to regard this trait as running unambiguously in his favour. Merkel is neither an integrationist nor an “inter-governmentalist” and has indeed vacillated between both positions during the past crisis years. Her penchant for power tactics can lead to sudden abandonment of previously cherished policies – as famously happened with her policy on nuclear power.

Cameron would be ill advised to rely on Merkel’s sympathy for his ideas for a reform of Europe. He needs to study her tactics rather more closely and learn to build on it much more adroitly than he has managed until now. Although Cameron’s government has intensified the exchange with the German government on various ministerial levels to an extent that has not been seen before, there is a growing hostile mood against Britain in Germany and indeed within Merkel’s own party. Cameron cannot ignore this because Merkel won’t. Otherwise Merkel may turn out to be far more of a danger to Cameron than he has so far anticipated.

Imke Henkel
Imke Henkel is a German journalist based in the UK. She is the former UK and Ireland correspondent for German news magazine Focus.